Wonderscape is a non-profit organization. Tricia Friesen Reed (executive director and programmer), Marea Olfason, Rebecca Genovy, Katie Miller, Shannon Shakotko, Gillian Rice, Twila Napoleoni, and Sarah Fougere are the ones behind the experience. You will see their photos/bios below along with others who have been guest performers or Artists-in Residents in the past:

Mariana Brito hails from Tijuana, Mexico where she attended the Escuela de Arte Culinario before training in Spain, New York, South Carolina, and Copenhagen under chefs of Michelin-starred restaurants. She is the head chef of a pop-up restaurant called The Backyard and a Mexican street food truck called Malinche. Her two projects allow her to join her global background with a passion for organic food and her strong relationships with Saskatchewan producers. Chef Mariana’s main goals are to educate through food and have an overall positive impact on the local food system.

Bill Bunn is the author of five books, including Out on the Drink, published February 2018. Bill lives in Millarville, Alberta, with his wife, Linda. He is currently trying to revive a 1953 Chevy pickup and teaches English at Mount Royal University. For more about Bill Check out https://billbunn.net and https://www.facebook.com/billbunnauthor

Amber Epp performs uplifting vocal jazz music with a rhythmic beat. She has performed across Canada, and won the 2011 Western Canadian Music Award for World Recording of the Year and the 2014 Global Music Award for Jazz. Amber recently released her debut jazz album, Inside Outside. So sit back, relax, and prepare to enjoy the sounds of New York’s loft parties, Brazilian beaches, and Cuban salsa nights. For more information, visit amberepp.com.

Sarah Jane Fougere is an accomplished plein air oil painter. She developed as a performance artist, painting portraits while in the gallery at ACAD in 2004 and later at Vancouver’s Black and Yellow Gallery, where she completed 50 portraits in 15 days. Her project “100 Portraits of Calgary Artists”, a time senstive, painting-from-life performance, was added to the Glenbow Museum’s permanent collection. Since then she has spent time in both New York City and small town Saskatchewan, where she co-ran the “National Gallery of Saskatchewan” and starred in a TV show “The Painting from Life with Sarah Holtom Show!” She has also been an Artist in Residence in Ivvavik National Park. Sarah currently lives in Canora, SK where she balances motherhood with studio practice.

Christine Fraser is a maker who is always interested in developing new skills and making, well, pretty much anything! Christine’s long-held devotion to all things fibre and textile – knitting, weaving, sewing, embroidery–consumes most of the time she carves out for creative endeavors. Christine lives with her daughter and husband, struggling to keep the wool and fabric from taking over their small century-old house in Calgary, AB.

Tricia Friesen Reed Tricia Friesen Reed is an educator, writer and storyteller with international experience in teaching and community development. She loves to see people recognize and use their creative gifts and her own work has been published in literary journals, magazines and her blog: experimentingaswegrow.wordpress.com. Tricia enjoys getting outside, whether on a backcountry canoe trip or simply walking down her back lane. She is the founder and facilitator of Wonderscape Creative Arts Inc.

Originally from Australia, Jenny Gates wears many hats, including speaker, writer, musician and book editor, and recently collaborated in directing her first play. Because all Jenny’s pursuits involve stories, she has embraced storytelling as another medium for interpreting her experiences, observations and ideas about the way we live, work and play.

Rebecca Genovy is a board member of Wonderscape Creative Arts Inc. and contributes on our social media platforms regularly. She began collecting rocks, twigs and moss as a child and continues to bring the outdoors in today. Rebecca delights in helping groups and individuals discover and strengthen their connections with each other and nature.

Kate Hersberger was born and raised on the Saskatchewan Prairie. She is an artist with experience in drama, music, art and craft, mixed media, acrylic and watercolour art. Kate’s home is a gallery and she also shares her photography, poetry, prose and art at www.movingforwardlookingforthejoy.blogspot.ca/ where she invites readers to join her on a creative, healing path. 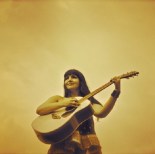 The most important thing to Gillian Rice is sharing the love of music with her students, her community and her children. The Wonderscape community is fortunate to have her share her passion as she joins the board of directors. Gillian began piano and voice lessons at a young age and continued her education with a Bachelor of Music from the University of Saskatchewan and later attended the Vancouver International Song Institute. She has performed with chamber ensembles, choirs, duos and as a soloist. Gillian is the owner/operator of Eighty-Eight Keys Music Studio in Canora, Saskatchewan, where she teaches private piano and voice lessons.

Marea Olafson is an experienced art teacher and potter. She has been creating pottery for 15 years and teaching pottery classes for last 5 years. Besides managing her own studio and store, she teaches art in school, is an independent consultant with Steeped Tea and lives in a century-old home with her husband and two daughters. Look for Freba pottery between Wynyard and Dafoe on Highway 16 in SK or find her at https://www.facebook.com/frebapottery. 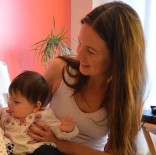 Twila Napoleoni is a Visual and Performing Arts Educator. She has had the privilege of sharing what she knows in Guatemala, Papau New Guinea and Canada. In 2008, after traveling around the world, she set her feet back on Yorkton soil, where she currently lives, and created her own teaching academy, Bara’ Academy of the Arts. 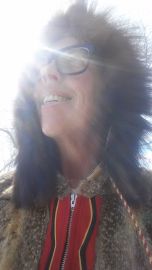 Shannon Shakoto interested in how human beings play and solve problems and innovate by making stuff — starting with their imaginations, working down through the heart and then the hands. Which includes spaces and gadgets and things beautiful, tasty, quirky, and sturdy. If you can sing while doing this everything is even better. She gets to live in the tiny village of Forget, SK with a tiny bunch of people who make her laugh, cry, and shake her head every day.

Jeffery Straker is a Canadian folk/roots/pop singer-songwriter, splitting his time between Regina SK and Toronto ON. Straker performs over 100 shows per year across Canada, has recorded for CBC radio’s ‘Canada Live’, and had a music video chart in the top 10 nationally.  He’s toured internationally as far as Peru, Mexico, Chile and across Europe.  Several of his tunes are story-songs in the folk tradition, speaking to a broad range of subjects including underdogs, humanity, love and Saskatchewan geography.  For more, see Home

Sweet Saturday is a folk band that brings whimsy and heart to the rich textures of three-part vocal harmony. They play a rootsy and versatile mix of instruments, including guitar, ukulele, accordion, and mandolin, which brings flavours of folk, bluegrass, Americana, and even an unexpectedly wistful Old World sound.